You can be impaired to drive by any chemical or substance that creates a condition that affects your ability to operate a motor vehicle safely. Drinking and driving is still the most common case of impaired driving; although you may also be arrested if you are suspected of being under the influence of illegal drugs or abusing prescription drugs. In either event, you need to contact the impaired driving lawyers at the Law Office of Regina Criminal Lawyers to help defend your DUI offense.

If you failed a breathalyzer, then you need a DUI lawyer. The penalties are serious and you don’t want to risk losing your license by facing these charges alone. It is of the utmost importance that you deal with these charges proactively and clear your name to protect your driving record. The team at the Law Office of Regina Criminal Lawyers has successfully defended those charged with drunk driving in Saskatchewan in the past and we want to defend you now.

If stopped by a police officer who suspects you have been drinking, your license will immediately be suspended for 24-hours if:

Even if you didn’t blow over 0.08 BAC you can still be charged with impaired driving. If a police officer deems that you were under the influence of an illegal substance or consumed too much alcohol to be within the legal limit, you will be charged. As these arrests are becoming more common, the DUI defense team at the Law Office of Regina Criminal Lawyers has created successful methods to challenge these charges. We consider the legality of the traffic stop, and question the the methods used by the officer to determine sobriety, as well as performing a cross-examination of witnesses involved with the event. Additionally, we can bring in a toxicologist to testify against the Crown Prosecutor’s evidence. Because we stay current in the updates to the legislation, codes, and statutes we can dispute the case against you.

Drivers who are considered by the police to be impaired based on their driving behavior or have more than 80mg of alcohol in 100 milliliters of blood (often referred to as the .08 or 80mg%) are considered to have committed an offence under the Criminal Code of Canada. If you are convicted of driving while impaired (registering a BAC higher than 0.08), you will face the follow penalties:

The DUI defense team at the Law Office of Regina Criminal Lawyers is here for you. We know the legislation and have the experience you need but in particular, we understand your situation and have the tools to get your license back. Contact us today. 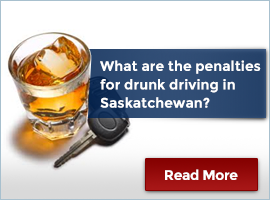 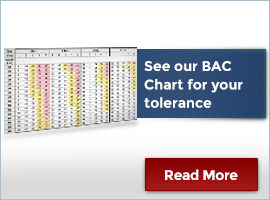 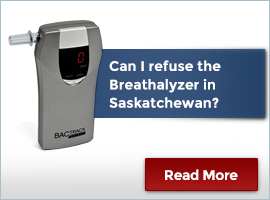 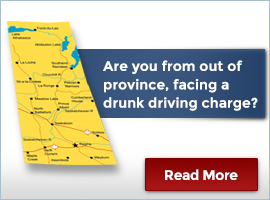